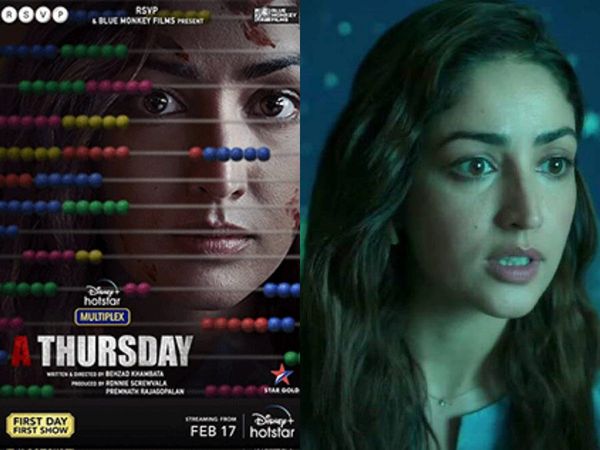 Yami Gautam A Thursday Review In Hindi: Bollywood actress Yami Gautam has been making headlines for the past few days for her film A Thursday. Yami Gautam’s film is a crime thriller and hostage drama which has captivated the audience. The story of Yami Gautam’s film begins on Naina Jaiswal who is working as a teacher in a play school. Yami Gautam has played the role of Naina Jaiswal in this film, while Dimple Kapadia is seen in the role of the Prime Minister of the country. Directed by Behzad Khambata, the film also features Neha Dhupia and Atul Kulkarni who play Katherine and Javed Khan. See here what is the story of this film? How successful has this film been in wooing the audience? How is the filmography and acting? And finally this movie should be seen or not? (A Thursday Movie Review)

What is the story of the film? (A Thursday Film Story)

A Thursday Movie Story revolves around school teacher Naina Jaiswal. The turning point in the film comes when Naina Jaiswal makes small children hostages. After which she informs the police about this and slowly this thing spreads like fire in the whole country. Naina Jaiswal starts placing her demands one by one in front of the police. She demands Rs 5 crore from the police and demands to sit face to face with the Prime Minister of the country. She threatens the police that if she does not listen, she will kill the children. You must watch the film to know the further story.

Also Read: Best Seller Review: The story is short but the work of the actors is brilliant, know how the webseries is the best seller

How much do you have in acting? (A Thursday Review)

How was the direction and filmography

What was the weak link?

It is streaming on Disney Hotstar. This crime thriller film started well in which many emotional ups and downs were seen. In terms of suspense too, the film performed well and kept the audience hooked till the end. But at some places, the film started to fade. Half an hour before the end, most of the strings of this film were exposed, due to which the story ahead became meaningless, but to see the complete suspense, the audience must watch this film till the end.

Also Read: Badhai Do Movie Review in Hindi: Like Badhaai Ho, congratulations will make you laugh and think, read review

What is special about Yami Gautam in this film?

Yami Gautam’s film may have had some weak episodes, but there are some special things in this film that the audience must know. The important issue of this film was rape which is a big problem for today’s society. In this film, statistics related to rape have been shown at some places, which is necessary for the people to know. Even though this film disappointed in some places but this film is a strong slap on the government system.

Should you watch this movie?

Yami Gautam’s A Thursday is somewhat similar to A Wednesday. Social issues have been raised in both these films. Neeraj Pandey’s film A Wednesday is counted among the cult classic films, A Thursday did not prove to be strong in front of him. But Yami Gautam’s film is also worth watching. This film is a must watch with family as it talks about a very important issue.