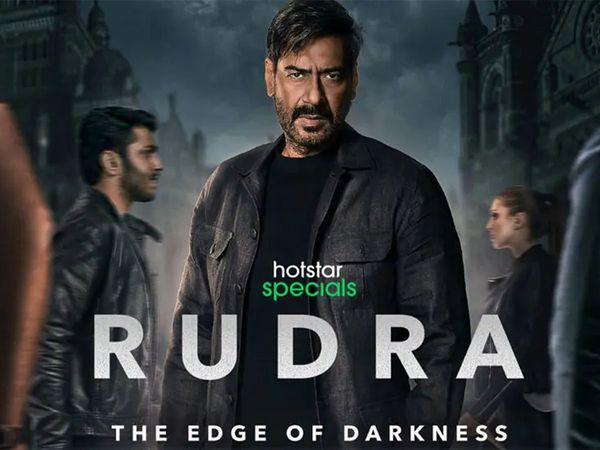 Rudra The Edge of Darkness Review in Hindi &nbsp

Rudra The Edge of Darkness Review in English: Bollywood superstar Ajay Devgan has made his move on OTT (Ajay Devgn OTT debut). Psychological crime thriller series ‘Rudra: The Edge of Darkness’ can be seen now. The fans were waiting for this series released on Disney + Hotstar for a long time and today i.e. on March 4, this wait is over. Rudra is the Hindi adaptation of the British show Luther which starred Idris Elba. With this series, Esha Deol, who has almost disappeared from Bollywood, is making a comeback.

‘Rudra: The Age of Darkness’ web series is a murder mystery and crime thriller, in which Ajay Devgan is playing the role of a special officer. Ajay Devgan has mastered in playing uniformed characters, in such a situation how his performance and style will be, it can be guessed even without watching the series. However, this time his style of Singham is different. He specializes in handling dangerous cases and does not shy away from breaking the law to catch the criminals and teach them a lesson.

Due to this style and habit of his, his department and family also have to bear the brunt. Ajay Devgan in the role of Special Officer DCP Rudra Veer Singh is given the task of solving a murder mystery. Esha Deol is seen in the role of his wife in the series. The relationship between Rudra and his wife is not good. Apart from this, actress Rashi Khanna has become a special friend of Rudra.

The entire series is seen on the shoulders of Ajay Devgan and he has done complete justice to Rudra as well. Atul Kulkarni, Ashwini Kalsekar, Milind Gunaji and Ashish Vidyarthi were stunned when they came on screen. If Rashi Khanna’s role remained light, Esha Deol has also disappointed. This series is based in Mumbai and the series has covered Mumbai well. Intense music, dark background and suspense are shown which is amazing. Cinematography and visuals are also impressive.