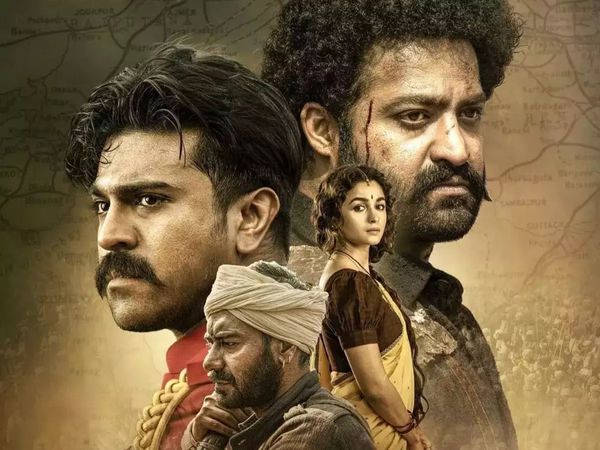 RRR Movie Review and Rating in Hindi: Baahubali and Baahubali 2 director SS Rajamouli’s new film RRR has been released and has reached theatres. The film seems to be touching the figure of about 10 thousand screens all over the world. If the first day collection of the film in India goes above 121 crores, then this film will leave behind the collection of Rajamouli’s previous film ‘Bahubali 2’. The collection on the first day is also expected to be around Rs 100 crore. After a long time, such a film has come, about which great enthusiasm is being seen in the whole country.

Many theaters in Andhra Pradesh have beefed up all security arrangements even before the release of ‘RRR’. In the theater of Srikakulam, Andhra Pradesh, the open area has been closed with barbed wire and nails so that people cannot reach near the movie screen. The film ‘RRR’ is releasing in Tamil, Telugu and Malayalam along with Hindi. The film stars Ram Charan, Jr NTR, Ajay Devgn and Alia Bhatt. Its story is written by Rajamouli’s father K Vijayendra Prasad.

Also Read: RRR beats ‘Pushpa’ in advance booking, earned so many crores from digital and satellite only

Such is the story of the film

Talking about the story of the film ‘RRR’, it is set in 1920. In that decade before independence, Malli is kidnapped by the British for her sweet voice in the Adilabad district of India. Bhim (Junior NTR) is assigned the task of bringing her back while Ram (Ram Charan) gets the job of catching her. There is a tremendous check and beat game between the two. The audience has been entertained through this game. Friendship, love, deceit, deceit all have been shown in this film. Bollywood actors Ajay Devgan and Alia Bhatt are also in their small roles but their acting and influence is tremendous.

how is the movie

In today’s time we will call it a box office blockbuster but in future it will prove to be a classic film. Jr NTR and Ramcharan gave career best performances in ‘RRR’. Ajay Devgan looks like a surprise package in ‘RRR’. While Jr NTR is the life of RRR, Ramcharan did a great job. Both have set the screen on fire. The action of both the stars is tremendous. The shooting location and set of the film are also heart-wrenching.