Disney to move Hotstar content to Hulu!! Yes, you read it correctly. The Walt Disney Company has decided to shut down the Hotstar app in the USA and all the Indian TV shows, sports, news, and more available on this platform will shift or migrate to the Hulu streaming platform in the form of a Disney+ Hulu bundle.

We know that Hulu is one of the most popular video streaming services in the United States. With increasing popularity and love among international fans for Indian shows, movies, and sports, especially the Indian Premier League, The Walt Disney Company decided to take Hotstar on a bigger platform. This means, now IPL is coming to ESPN+ and Indian shows to Hulu. 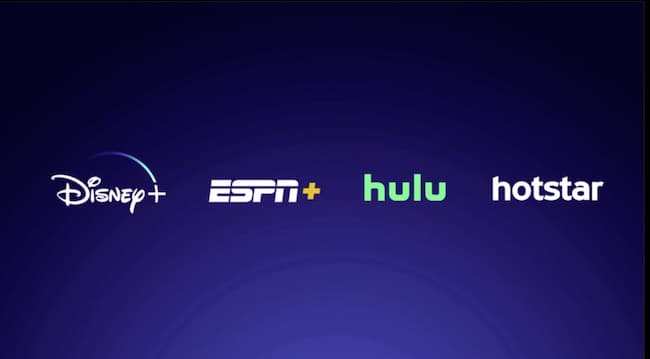 Starting from November 30, 2021, Hotstar subscribers cannot use the streaming service or its application anymore. The subscribers will receive a redemption code on their contact details at the end of their subscription. They can use this code to enjoy the services on Hulu without paying any fees.

Hotstar is a popular Indian OTT video streaming platform that offers Indian Television shows, movies, sports like cricket, football, kabaddi, basketball, hockey, and more. The users can also watch Live Sports and Live News on the Hotstar platform. This OTT platform is owned by Star India, which was acquired by Disney Media and Entertainment Distribution in 2019. 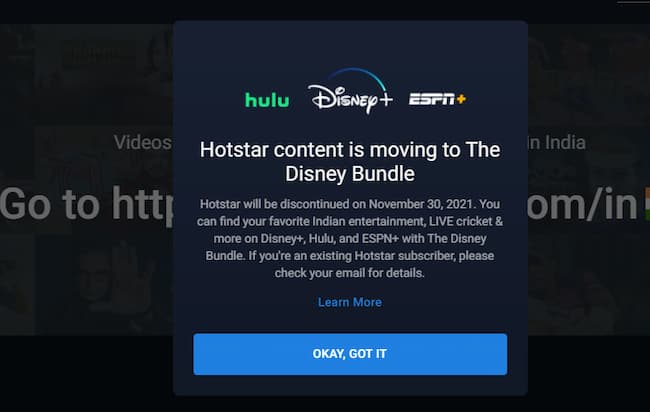 Hotstar is currently available in India, Thailand, Indonesia, Philippines, Malaysia, Vietnam, Canada, Singapore, the United Kingdom, and the United States. This streaming service became popular around the world for its diverse content coming from Indian and other southeast Asian countries. As of now, there are more than 300 million active users.

The main reason for moving Hotstar content to Hulu is to make it reach a bigger audience as per the company. This is what the company stated in a press conference regarding Disney moving the streaming service to Hulu:

Disney is moving Hotstar content to Hulu only in the United States. So, the users in other regions are not included in this. Only the USA subscribers will have their accounts transferred to Hulu after November 30th, 2021. As for the complete Disney+ bundle on Hulu with new subscription plans, the plans may become available by 2022.

Those who have already subscribed to Hotstar won’t have to pay anything as long as their subscription is running. The subscription in the U.S. costs $49.99 per year. The Disney Bundle on Hulu starts at $13.99 per month that offers Hulu, Disney+, and ESPN. New users can enjoy Indian shows, movies, and sports with the Disney+ bundle. 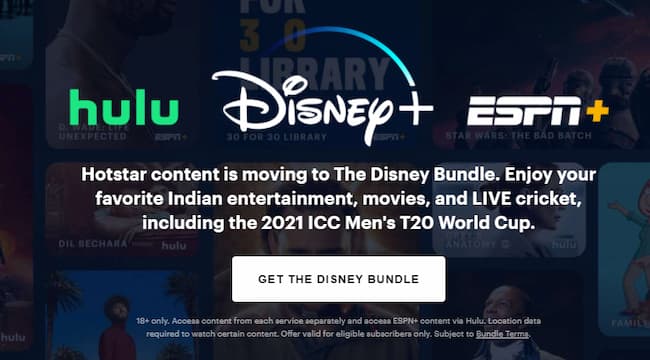 Starting from November 31st,  the subscribers in the US will get the Disney Bundle through the end of their Hotstar annual subscription without any extra charges. The subscribers will receive a redemption code on their accounts which can be used to watch all your favorite Indian content on Hulu without any additional charges.

This is what the users have to pay if they are not already subscribed.

We hope you got the details about Hotstar’s new plans after moving to Hulu. Get your subscription continued on Hulu and enjoy your favorite Indian entertainment shows, movies, and sports on Hulu. For more details, visit Hotstarapp.live and stay tuned for the latest updates.