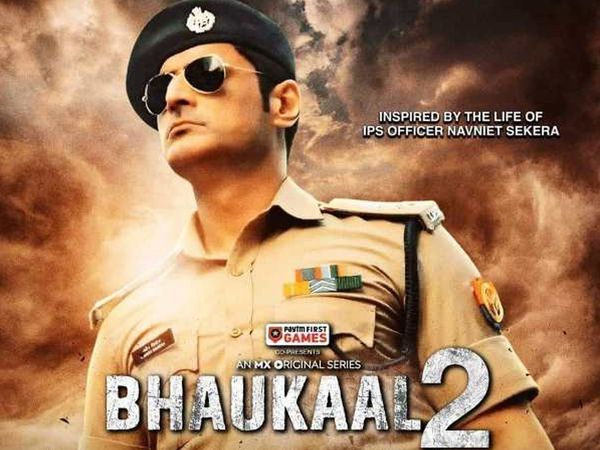 Mohit Raina Starrer Bhaukaal 2 Review in hindi: One of the most popular webseries of MX Player Bhaukaal’s new season Bhaukaal 2 has arrived. It is being premiered from January 20. In this webseries, Devon Ke Dev Mahadev fame Mohit Raina played the lead role and now once again he has come back to show Bhaukaal wearing a uniform. Mohit Raina is in the adventurous role of Neet Sekera, an IPS officer from Uttar Pradesh who takes on gangsters in this series. Fans want to see Mohit Raina’s strong acting and action like the first season, but whether this season has lived up to the expectations of the fans, let us know.

After the stupendous success of season 1 of Bhaukaal, now the makers have prepared ‘Bhaukaal-2’ for the fans. Bhaukaal 2 is directed by Jatin Wagle while its story is written by Akash Mohimene, Jai Sheela Bansal and Jatin Wagle. The trailer of Bhaukaal Season 2 got more than 6 lakh 48 thousand views on YouTube in less than 24 hours. It’s clear how excited the audience was about the new season.

The story shows the collision of SP Naveen Sekera and Dedha brothers. In Muzaffarnagar, UP, SP Sahab would have to face the Bahubali Dabangs named Pintu, Chintu and Gurjan. In the first season, Naveen Sekera had put an end to the terror of Muzaffarnagar’s old Bahubali amateur brother. Shaukeen wants to take revenge for the death of brothers and he employs one and a half brothers for this.

Piercings inside the police try to sabotage Naveen Sequeira’s mission. At the same time, Naaz’s well-wishers do their rightful work. An honest police officer Naveen wants to end the crime but politics does not allow him to do so.

The story of this series seems to be a very basic level crime thriller in which there is no special suspense. Suspense and the thinking of the criminals matter a lot to make a crime thriller effective. This season lacks both of these things.

The series is full of abuses and the abuses are repeated over and over again. Makers have to understand that the story does not come from abuses. The character of Dedha brothers is played by Siddhant Kapoor and Pradeep Nagar. Both have played their characters well through body language and language. Mohit Raina, who looked impressive in the character of Naveen Sekera in the first season, looked a bit disheartened this season. His increased weight can also knock the audience off.

Makers and actors need to take a lesson as the new season is not effective. This is the era of real cinema, where doing anything for the sake of blasphemy can prove to be harmful. The story could have been made a little stronger. There could have been more work on acting.